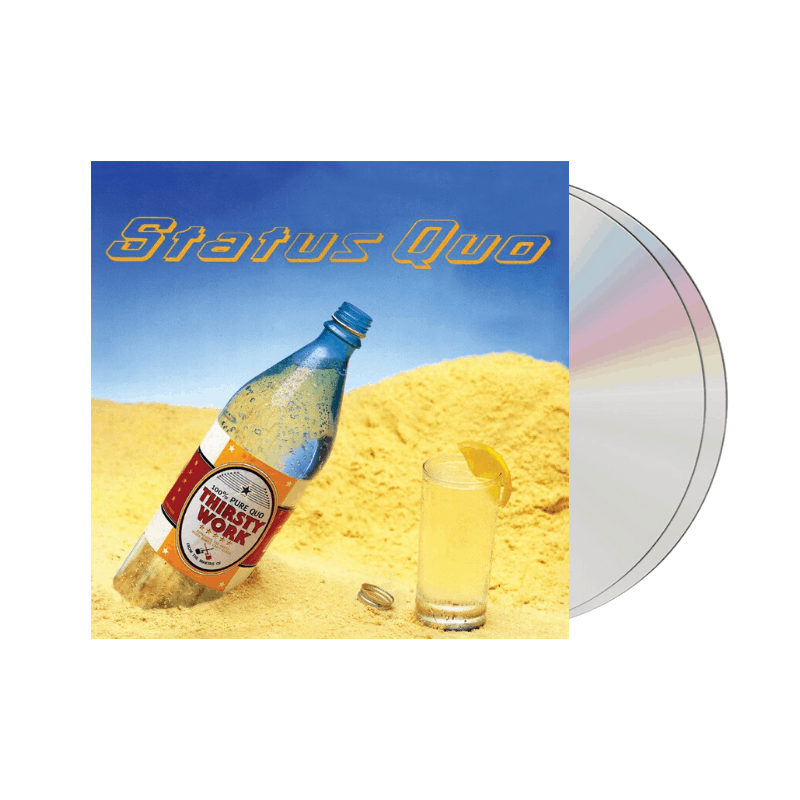 Thirsty Work the follow up to the acclaimed Rock ‘Til You Drop was released in 1994 and was the bands twenty first album. The album which reached no 13 in the UK album charts was their first for the Polydor label.
The album featured a trio of top forty singles including I Didn’t Mean It, Sherri Don’t Fail Me More and Restless
This 2-CD set features 2 bonus discs of bonus material with live performances and B-sides – the enhanced booklet contains new interviews with Francis Rossi and members of the band by Quo guru Dave Ling in which they discuss the making of the album.